Hackers and online criminals are working day and night to access our data. They look for vulnerabilities in our software, and also in us. People have had their identities stolen and sensitive information accessed. Even the US government is vulnerable as demonstrated with the most recent series of attacks on sensitive servers. When this happens to a company it can be disastrous on a larger scale. Many small companies end up closing due to the financial implications of what has happened.

The term ‘paperless office’ has meant that more and more business information is being moved online. That increases the pickings for cybercriminals. When hackers are getting more and more clever, what can be done to protect company data? Let’s find out right now with these 10 security tips.

When this option is chosen, the responsibility for data storage, updating software, and maintaining security is moved to the host company. If someone chose to use QuickBooks cloud hosting their data would be stored on a dedicated server. The advantage can be that a business is not sharing the host site with another company. With shared servers, both companies need to maintain their IT security. If one is hacked, the other company will also be hacked.

Other benefits of such hosting are that passwords and usernames are kept private, and there is automatically encrypted data backup.

One of the biggest security vulnerabilities that companies have is their staff. Employees should be advised not to leave their computer screens unlocked when unattended. USB sticks and hard drives should be securely locked away.

Businesses should incorporate their IT policy into staff employment documentation. This should include an outline of the responsibilities, accountability, and consequences of security breaches. Training sessions should be conducted as part of the staff induction process, and also on a rolling basis.

Training should also be given on creating and maintaining effective passwords, identifying phishing emails, and not downloading files for personal use. Staff should also be warned about using public wifi or reading private company information in public places.

Use A Virtual Private Network (VPN)

VPN software puts an encrypted (coded) layer around the person’s online activities. End to end encryption is where a message sent by one person is encoded, and it can only be unencrypted by the valid recipient. Website access and data exchange become secure as a result.

Without a VPN, staff may be vulnerable when working remotely. The wifi hotspots found in coffee houses, airports, or hotels frequently connect to insecure networks. This means it’s easier for hackers to access the data.

Companies have these as external hardware devices or internal software. They are built into Apple and Windows. Firewalls act as security guards day and night, observing all incoming and outgoing activities. They instantly report issues and block them.

There are a host of unwelcome visitors that firewalls are designed to stop, ranging from spyware, adware, viruses, and worms.

This is designed to supplement the effectiveness of the firewall. Defender software is installed within Windows 8 and 10. This can do the job effectively in most cases, but there is always the risk that such things as ransomware may be able to bypass it.

Warnings can also be provided by antivirus software that sites are insecure or have known risks.

A study found that from January to March 2019, 74% of security breaches related to passwords getting into the hands of the public.

Employees should never keep written passwords on their desks or share them with others; neither should they use the same one for different applications. Obvious passwords should be avoided too, including passwords, 12345 or previously used ones. They should be at least eight characters long and include letters, numbers, and special characters such as $£*&.

Password management software is well worth considering as it creates the passwords for you, stores them all in one place, and even logs in to programs for you.

If a computer, memory stick, external drive or laptop are thrown in the rubbish there is the chance that someone could take it. Even deleted files or reformatted drives are unable to stop criminals from gaining access to the data.

Fortunately, there are external companies that can securely dispose of computer equipment. When one looks at the financial risks involved, this could be well worth the money.

It may not be hard to imagine that a small item of software may have security vulnerabilities that need regularly addressing. More alarmingly, there are similar issues with big players such as Windows, Adobe PDF readers, Microsoft Office, Google Chrome, or Firefox.

Cybercriminals are constantly searching for blind spots and loopholes, so when they have discovered it’s necessary for an update or patch to be installed to keep them out.

This can be created for use when people log in to such applications as Facebook, Gmail, or Evernote. It can also be utilized when making online payments.

It acts as a ‘prove who you are’ question. Someone may receive a code by text that they need to enter into the computer before they can proceed. Alternatively, they will receive a phone call requiring a secure code.

USB sticks and external drives can be stolen or lost. Computers can break and websites can be hacked. When data is stored online there is an extra layer of protection.

Companies frequently create disaster recovery plans. They should include what to do when IT equipment is destroyed or a cyber attack has been effective. It’s no good waiting until it happens before such things are considered.

There are a host of actions and policies that can be put in place to protect a company’s data. When it is all adopted, a secure wall can be created to keep the villains out. Whilst many of these suggestions will cost money, the alternative can be unthinkable. 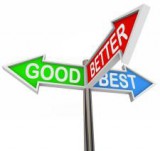 Looking for flexible office space alternatives? Don’t want a conventional office space? Considering your alternatives for a workspace? If you are starting of new business, considering a new base of operation or need a physical office space, here are some modern alternatives that can save you money on your rent costs; Coworking Space, Executive Suites and Virtual Office.

Have you heard about “coworking space”? Unlike the typical office setup, a Coworking Space allows you to work in a casual and relaxed work environment that will suit your style and requirements. This is a facility that you will share workplaces by different professionals, different industries and mostly freelancers. Coworking Space promotes collaboration, creativity, best practices sharing, networking, socializing and creating new business opportunities. This is great for freelancers and independent professionals because of its flexibility allowing you to expand or contract as needed, with no long-term contracts. Coworking spaces are generally less expensive than Executive Suites, which you will find out more information about next. More…

Now if you need more privacy and confidentiality, you should investigate an Executive Suite. Executive Suites are essentially shared offices with services provided by a management firm. They are also known as an Office Business Center or serviced offices. The disadvantage of this privacy is that you will miss some of the networking and collaboration available in coworking spaces. However, this is also great for small businesses and startups. You get the same benefits or services of having own facility at lower cost and with no long-term commitments. It is a great way to have project a good brand and identity to your client as they your office located in impressive business centers. More…

Home based jobs, running or starting up small businesses from your home are very rampant nowadays. This is because of the available technologies and internet access can provide, nothing is impossible in running your business wherever and whenever you want. Almost everything can run virtually in the cloud. However, we must accept that frequently clients and customers are looking for assurance the and one way to give them that is to provide an established office address. A Virtual Office rental is one of the solutions. Having an established and prestigious business address will make your clients or customer more feel secured and confident in doing business with you. In Virtual Office, you’ll get to enjoy the same convenience of having your own business address such as having a local number, mail box, admirative support and very presentable meeting rooms at low cost. You can continue working comfortably of your choice, from home or other location while you keep your virtual office as your official business address. More…

All these flexible office space alternatives offer benefits to small entrepreneurs or working from home businesses and freelancers. It will simply give you the office-feel environment, yet you still have the benefit of flexibility.  Some of the common advantages of getting these types of office set are that you will be more effective; especially if you are working from home. It is a much better replacement if you sometimes use cafes or restaurants to work or meet clients. They also will help you avoid distractions.  Working in these types of workplaces will help you avoid loneliness and burning out. You will be surrounded by other passionate entrepreneurs who will help energize with their energy in striving for success. Most importantly is the flexibility, it allows you to rent a space shorter or longer, bigger or smaller space, it’s very flexible allowing you to work your style and within your budget.

Whether it is a virtual office, Coworking Space and Executive Suites, we hope we helped you to get a better idea of your office space options.

OfficeFinder is ready to assist you in your search for flexible office space alternatives at no cost to you!

OfficeFinder, LLC is a leading web-based office space referral and information network with highly qualified local office space leasing and sales professionals throughout the US and Canada. OfficeFinder collaborates and continuously exerts effort to connect with large, small and well known commercial real estate companies.  Professionals from OfficeFinder are great partners who can help you to locate and find the right business space that suits both your needs and style. Simply contact us and provide a few details for us to be able to assist you. There is no obligation and there is no cost to you. You get assistance and options you need in finding the best workspace for you and your company!