If you have been doing your research about employee productivity, you might have found that offering an agile workplace which includes a flexible workplace where employees can choose where they like to work rather than being crammed in a cubicle or a tiny office — is a great way to increase employee engagement and production. Before you can get started with implementing this type of workplace into your office, however, you have to understand the four main zones that must be present in an agile workplace. Then, you can work on creating these zones, and therefore, creating a better work environment for all of your employees.

Some employees prefer a quiet place to call their own. This is why about half of your office space should be taken up by quiet pods and individual work areas. This is where employees can go when they want to work alone or when they want a place to stash their stuff and gather their thoughts.

One big positive about an agile workplace is the fact that it gives employees a chance to collaborate when they want to. To promote this, you’ll need to provide a collaborative zone, or a place where employees can work together in relative peace and quiet. This zone should be somewhat shielded from the rest of the office but should be easy for everyone to access and can include small tables with chairs and group-sized benches or couches.

Employees should be able to differentiate break time and lunch time from work time. This means that you should create social zones that encourage employees to chat and relax with one another during down-time, such as a nice break room or lunch area.

Similar to a collaborative zone, a meeting zone should encourage employees to work together. However, this space should be bigger and should provide opportunities for more formal meetings, such as a conference room with large tables and lots of chairs.

An agile workplace can be the perfect option for improving morale and productivity in the office. It also allows company to react quickly to changing business conditions by not being tied down to specific seating for employees. If you contact us at OfficeFinder, we can help you find the perfect office setting that will allow you to implement an agile workplace for your business.

Earlier this month, an exciting, new skyscraper in NYC in the making, the West 57th Street Tower, captured architectural news headlines, including Architectural Digest. What catapulted the proposed design into the limelight? For one, the building is slated to eventually dominate one of the New York City’s most iconic skylines, Downtown Manhattan. Its exterior is also expected to look like something out of 12th century Europe. It is also known as the “Michaelangelo Tower” (named by the press), or “The Khaleesi” (in-house code-name). Not up on your architectural history? No worries.

Buildings from that era were known to have a number of marked features. For example, they were typically tall, window-filled, stone structures with pointed arches, flying buttresses and vaulted ceilings. Also, many of those same office buildings boasted a great deal of decorative stone work. Oftentimes, it incorporated mythological themes that included griffins, angels and gargoyles.

The man behind the proposed design is none other than Mark Foster Gage. Gage is known for his unparalleled designs and liberal use of computer numerical control, computer aided design software and three-dimensional printing. They’re among the most creative tools currently available in architects’ arsenals. And Gage’s proposed exterior will undoubtedly impact the new, office building’s interior as well.

With 102-stories planned in this skyscraper in NYC, there will likely be many rentable spaces to choose from. However, details on each retail, residential, commercial and mixed use space have yet to be released because the building’s development is still in the early stages. So what should fans of Gage’s work do in the interim? May we suggest renting office space near the proposed structure or other buildings with historic features?

There are a number of architectural gems in Manhattan and New York City that boast period design elements. To learn more about these existing properties or ones expected to be constructed in the near future, please contact OfficeFinder today. Our local tenant representative can help you find just the right style of office building for your business and their services are 100% free to you.

Happy Holidays to all!

Going green is not just for people. Many offices are becoming green as a way to support the environment. The methods that office spaces use to become environmentally friendly provides benefits to the company including increased productivity, cost savings, and a more inviting work area for employees. By adding a few eco-friendly features to an office you create a green office space.

Many offices provide paper cups for employees to drink water, tea and coffee throughout the work day. Although this is convenient, it all creates a lot of waste on a daily basis. A better way to be green is to supply employees with reusable mugs that they can wash every day. Another option is to have employees bring in their own mugs or cups for beverages.

Every office should have a recycling bin for the discarded soda cans, cardboard boxes, glass bottles and other refuse that can be recycled.By setting aside these items for recycling, your office helps to reduce reliance on the dwindling natural resources.

Greenery in an office provides a few benefits. For one, plants improve indoor air quality by absorbing toxins. The plants and tress in an office also bring nature indoors. The aroma and sight of the plants helps to reduce stress during a hectic work day.

Offices spend a lot of money on lighting. One way to reduce energy costs is to use LED light bulbs. These bulbs are long-lasting, durable and energy efficient. LED bulbs are an alternative to the traditional incandescent or florescent light bulbs that you have to replace frequently.

Most of the winter energy bills are due to heating the office. Your office can cut down on heating costs by lowering the thermostat a few degrees and asking employees to wear sweaters or layer of clothing.

When it time to replace old printers, copiers, or refrigerators in the break room, buy an Energy Star rated model. Energy-efficient appliances and office equipment use less energy, so electricity costs are lower.

There are a lot of great ways to keep your employees engaged in the workplace, but one way that often gets ignored is office space. How employees use their space, how convenient it is for them, and how much they like that space, can all affect their state of mind when it comes to feeling engaged and accomplishing goals. Developing the right workplace strategies can have a significant effect on your bottom line.

Fortunately, there are workplace strategies that make the best use of office space and help employees enjoy what they do, so they can get the job done. One of these strategies is to consider the layout of the office space. To determine whether your office space is right for employee engagement and productivity, ask yourself the following questions:

Listening to what your employees need and want can help with that transition, since the new office space will need to provide employees with more than they have in the current space. Moving offices takes time and effort, and you want that time and effort rewarded by a higher level of engagement from all of your employees. That leads to getting more done, which leads to more success for your company as a whole.

Are you ready to get inspired on how to use your workplace space to keep employees engaged and productive with he right workplace strategies? Please contact us and let us help you find the perfect office space for your company. 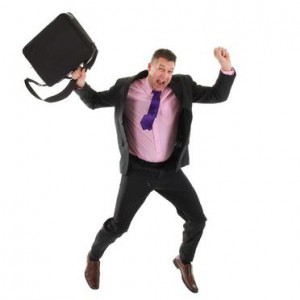 If you offer a great office for your employees to work in, then you can draw in the best job candidates. Plus, employees are more likely to stay where they are rather than applying for other job positions in other companies if they like where they work.

This means that creating exciting and attractive office space for employees should be a big priority for your company, even if you have never focused on it before. This does not mean that you have to spend a huge budget on expensive furniture and decor. However, taking a few steps to create a better work environment can be well worth its while. Here are a few very affordable ways to upgrade your office that will keep employees happy:

So many offices are boring, neutral and unattractive. These types of workspaces can be boring and depressing for employees. There is no reason to keep it neutral when you can bring in color instead. Consider painting your walls in bright colors and adding bright decor into the office. Not only will it help spark more creativity and happiness among your employees, but it’s sure to look more attractive for your customers as well.

Who likes working in fluorescent lighting? Consider swapping out your fluorescent lighting for more attractive lighting options. Also, consider adding multiple layers of lighting, such as by using floor and table lamps. Then, different employees can tailor their lighting to suit their preferences and needs.

Consider bringing some life into your office building to liven things up and make the place a lot less depressing. Fish tanks and live plants are easy to take care of and can give your office space a lot more appeal.

As you can see, making your office space more exciting and appealing for employees is easier than you probably think. If you need help, contact us at OfficeFinder, LLC to find the perfect office building for yourself and your employees.