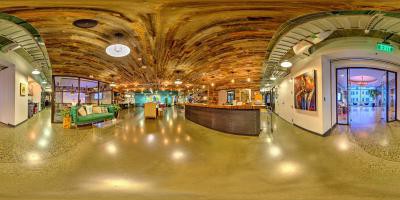 According to a recent article from the San Francisco Chronicle, the notion of coworking office space isn’t just a consideration for small to medium sized businesses. The idea is catching on with large tech companies, as well.

Companies such as IBM and Microsoft, which already have open office spaces for their employees, are reaching out to startups to share coworking space and — in some cases — share their inspiration. Large companies like to have their employees among entrepreneurs, the article stated, because it provides them with a real-life glimpse of what’s happening in the workforce and in the world outside of their company.

For the past two years, IBM has leased a coworking space in San Francisco, the article noted. Within that space, clients — some of whom are coworkers in the space — can meet with IBM employees to discuss its Bluemix cloud platform. According to Angel Diaz, IBM’s vice president of cloud and open tech, stated that the shared office space allows for a bouncing of ideas that likely wouldn’t occur in a traditional office environment.

Microsoft is also getting in on the coworking office space trend, the article stated, recently providing memberships for 300 of its employees to a coworking company that has space in San Francisco and other places worldwide. The arrangement allows for employees to use the spaces to meet with clients and gives them more flexibility as to where those meetings take place.

Other tech companies, including Google’s Mountain View location, are embracing coworking office spaces in a different way, the article noted, with them offering space within their own offices for startups to use. This coworking space allows startups to have the ability to make use of the expertise of Google employees.

Want to talk more about the benefits of coworking office spaces? It’s a conversation we love to have! Contact us for more information.

Here is an example of a coworking office space in Seattle in the South Lake Union area: