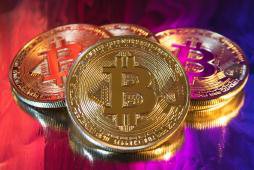 According to Global News, some office space owners have started to accept digital funds because they foresee cryptocurrencies as the future of financial transactions. When it comes to the volatility of digital funds, the owners assert that it’s a risk that they’re willing to accept.

“There’s going to be a little volatility, and both parties have to accept that,” said the President of Real Equity Centre Greg Habstritt. “We believe that forward-thinking companies in Calgary, especially tech related companies, are going to be able to deal with that volatility.”

In the past year, Bitcoin has grown to become a viable form of finance, with multiple companies and financial institutions accepting it as a form of payment. Nadex in their article on trading Bitcoin, detail how the cryptocurrency has moved past its early skepticism that it wasn’t a legitimate investment to becoming an asset that investors want in their portfolios. Medium has an article on how much money investors are putting into Bitcoin today. In general, investors put 5% of their capital in cryptocurrencies for diversification purposes. Since investors have now acknowledged cryptocurrencies as an attractive financial asset, it is becoming more widely used in business transactions.

Using cryptocurrency to pay for office space is not just isolated to Canada. This business model is being followed in many places across the globe.

The Yard is one of the biggest office space providers in New York. It operates multiple co-working office spaces not only in New York, but also New England. The Yard began to accept cryptocurrency for lease payments as early as 2013.

Rentadesk is a co-working office establishment that aims to provide a comfortable space for students, freelancers, and independent professionals who live near Russell Square. Like The Yard, it started to accept Bitcoin as payments as early as 2013.

TechHub Swansea is the first venue in Wales that hosted a Satoshi Point event in 2015. Since then, the café and co-working space located within the venue have both accepted Bitcoin as payment for goods and office space rental.

Office and co-working spaces that have accepted Bitcoin as early as 2013 are now probably holding digital funds that are worth millions. Bitcoin was only priced at around $40 in the first quarter of 2013. Now, a Bitcoin costs around $6,700. Other cryptocurrencies like Ethereum are also gaining traction, which means that office space owners that also accepted other forms of digital funds will soon get more out of their long-term investments. As the cryptocurrency becomes more widely accepted, more companies will see the benefit of using the digital currency to pay for office space.